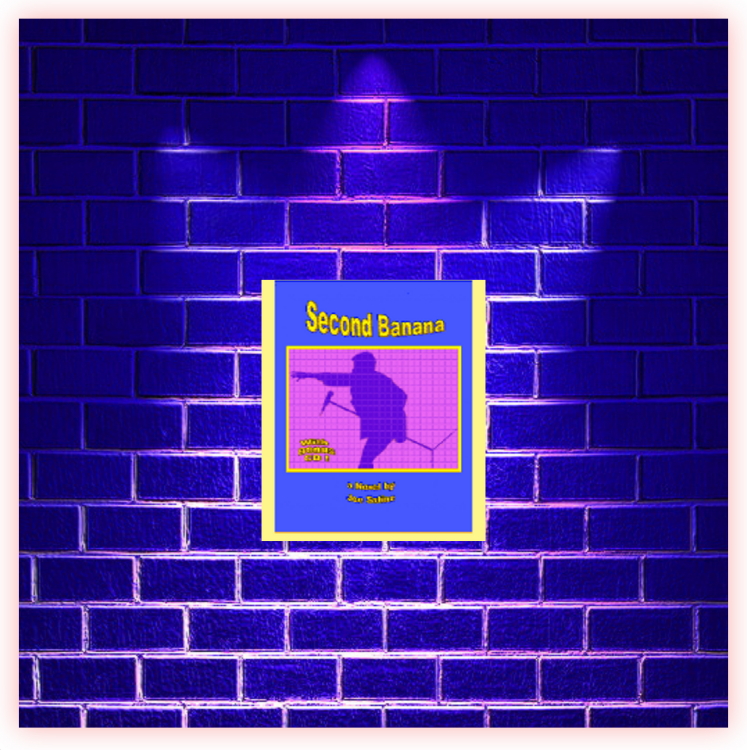 Now in print: The Exciting novel ( soft copy)  with  a "free 2 track download gift card" of  "A Satin Holiday" included !  Note: the former free 6 song CD is no longer available with the Book purchase)

To Purchase: Click on secure paypal link below. All credit cards accepted.
No paypal account needed.
( Allow 10 days for delivery)

Second Banana, links a unique, exciting story of the show business world, to a drama with paranormal overtones. The tale is told from the perspectives of a near-do-well entertainer at two stages of his life. In 1963, Danny Russo billed himself as: Danny Ocean Jr., the ‘Man Of A Hundred Voices’ and had a special talent as a vocal impersonator of the great singers and entertainers that gave him some notoriety as a top opening act. As a young, up and coming, fringe player in the swinging sixties, Danny flirted with stardom and Sinatra’s inner circle. Now thirty years later, he is a down on his luck mid-lifer, fallen on hard times from his own vices and the suicide of his manager Roy, who’s surreptitious investment scams, left Danny bankrupt and implicated in tax felonies that required jail time. Still, he longs for a comeback. Danny, is presented as a flawed yet alluring personality, with underlying humor. He is compelled by vice and circumstance to confront tough personal and moral decisions when he comes to realize the secrets of a thirty year old unsolved murder of a starlet and its implications on himself and others if those secrets are revealed. At the novel’s conclusion, the reader is challenged to ponder the choices they might make under similar circumstances.
Second Banana weaves a compelling story line that is part mystery, celebrity history, and love story about the way the game is really played on the Street of Dreams !